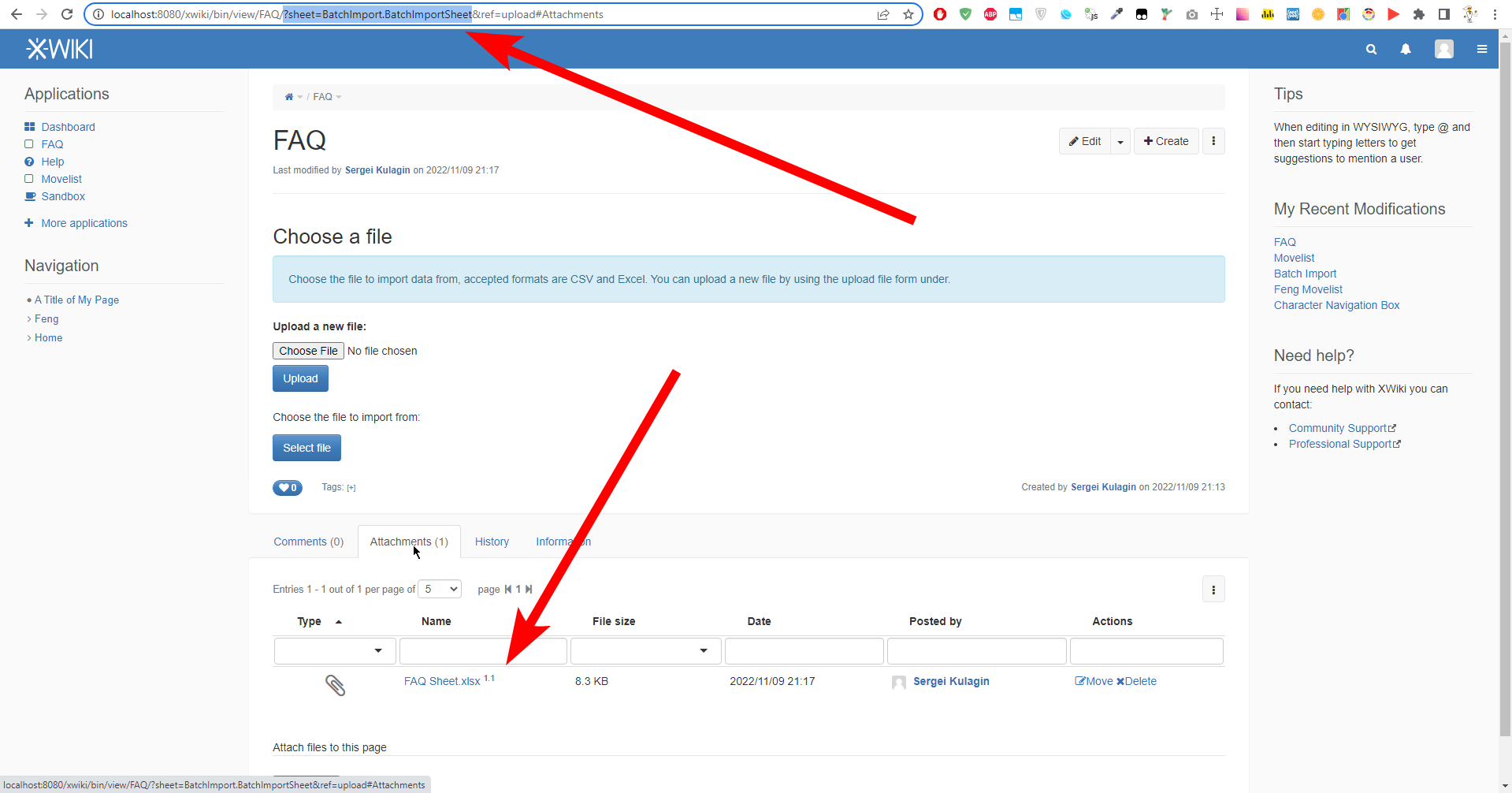 But the .xlsx file doesn’t appear in the Choose the file to import from: menu. I updated the page manually with F5 to make sure that it’s not a problem with not updated page. And when I press on the Select File button, I get this error:

The excel file is very simple: 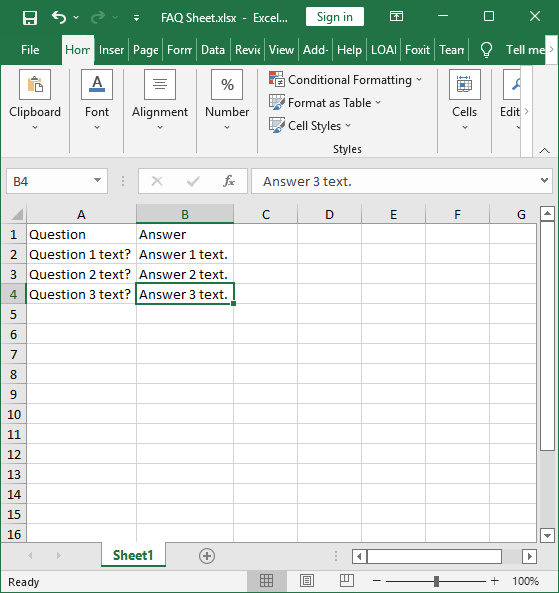 Did I do something wrong? What can I do to make it work?

I started looking into it. Cloned the Batch Import Application repo and tried to see why it throws that exception and doesn’t show my Excel file.

I found the part responsible for rendering of the form in the BatchImportMacros.xml, and found out that it checks file extensions and if it’s .xls specifically:

The problem was that application only supports .xls files of older format: Excel 1997-2003, but not the newer format. And it simply doesn’t show them in the list. And when you click on Select File, it throws an exception because no file is selected. The tutorial never said anything about not supporting newer format, so I edited the tutorial to warn users about that, so they don’t get into the same problem.

Ok, so I resaved my xlsx as an old Excel format with .xls extension. Now it started showing the file: 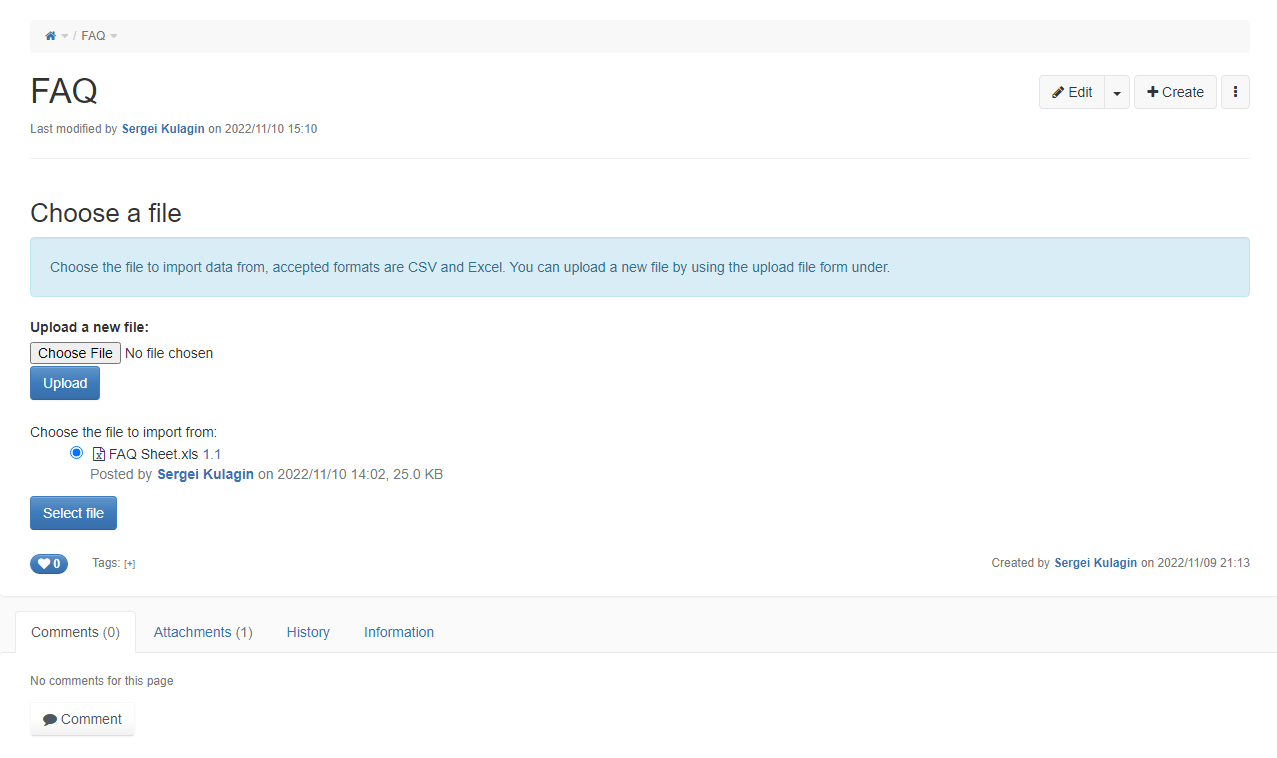 But when I click on the Select File button, it throws another exception: 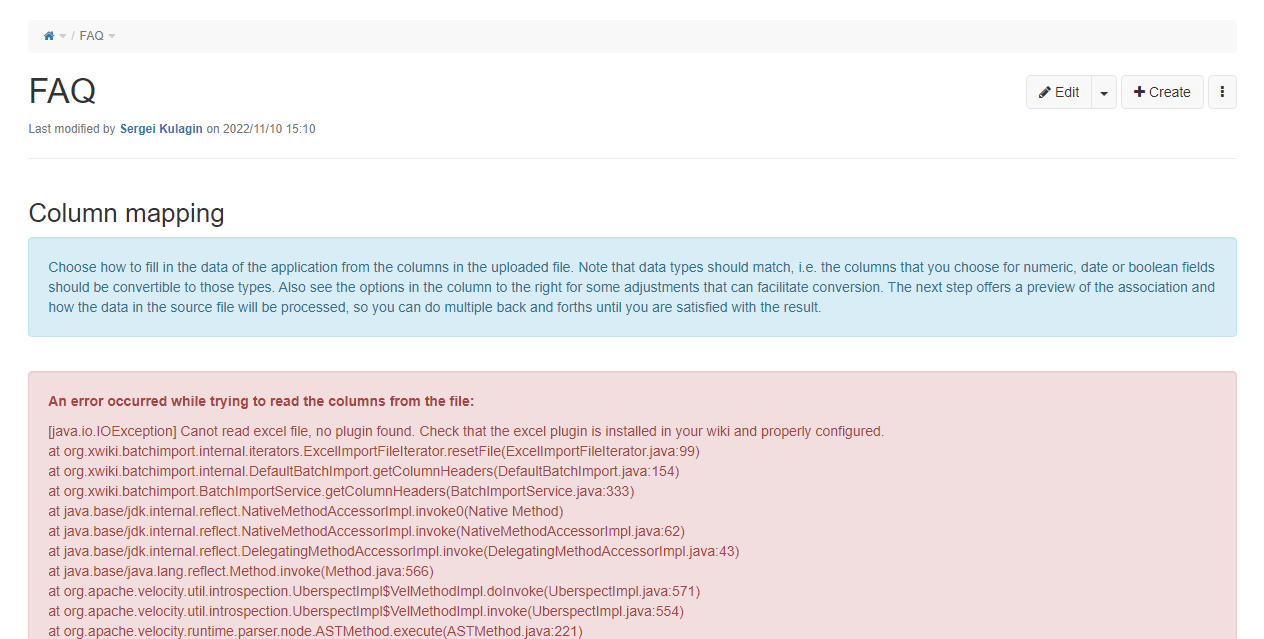 I went back and looked into the source file which throws an exception. The code in the ExcelImportFileIterator file in the Batch Import API project that throws the exception:

The “calc” plugin is the Excel Plugin, which Batch Import Application installed as a dependency. I went back and confirmed that it did install the Excel Plugin in the Extension Manager: 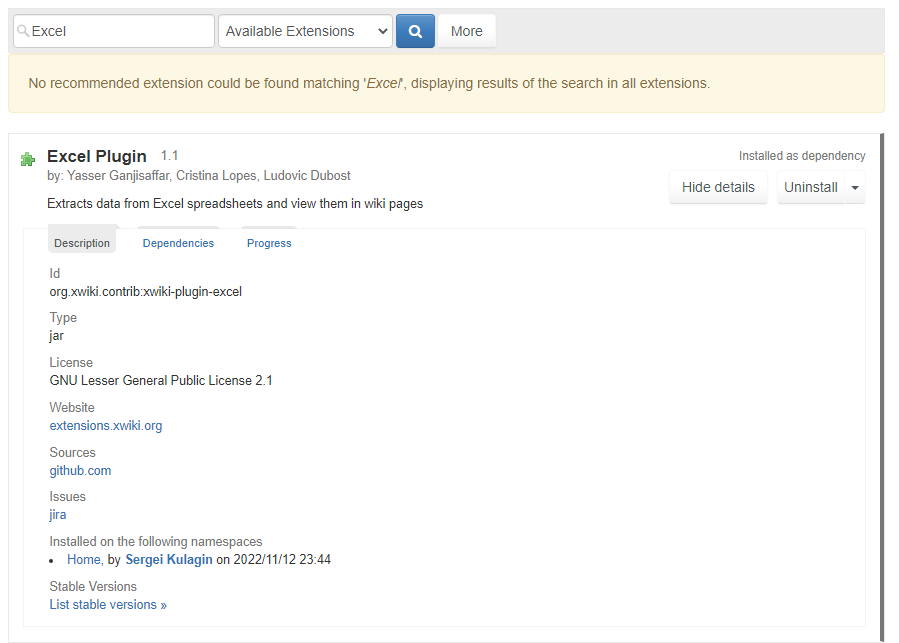 But the application can’t get it. And I tried to get it on the Home page to check if it’s not available in the whole wiki or if only the plugin can’t get it: 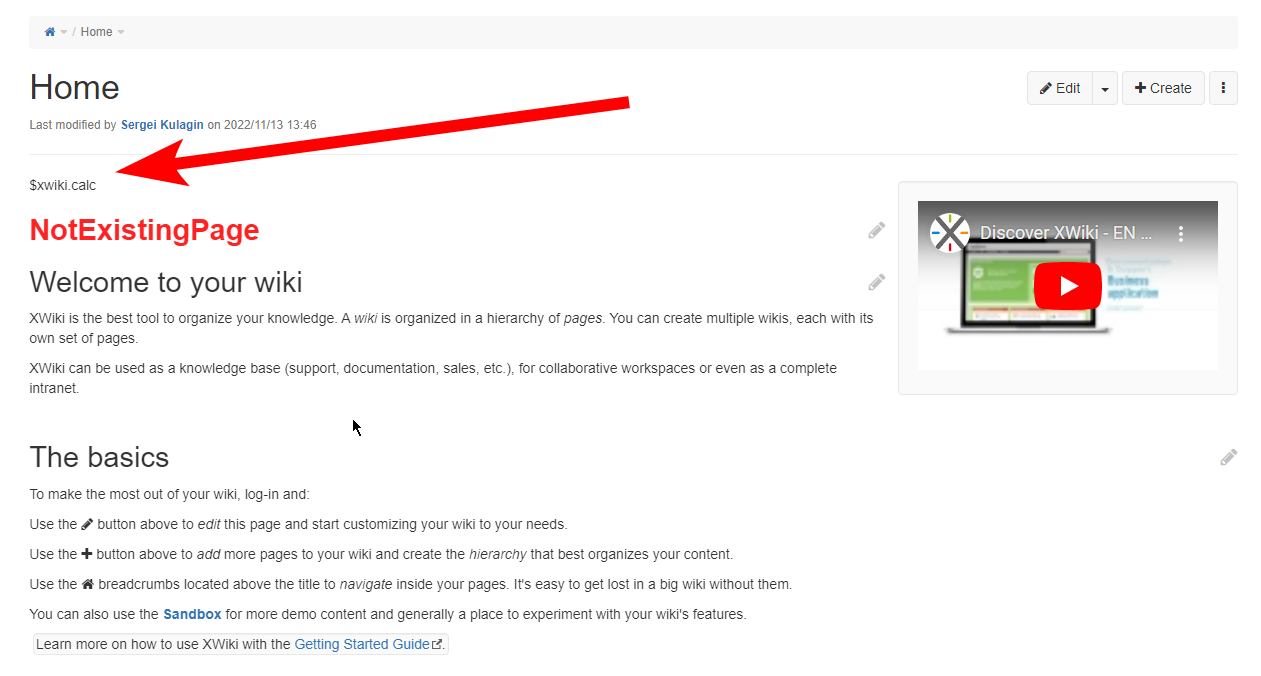 Looks like something is broken in the Excel plugin and it doesn’t load. I have no idea why.

I also tried to install it manually instead of from the Extension Manager with the same results.

I’m on the xwiki-platform-distribution-jetty-hsqldb-14.9 distribution.

Can someone, please, confirm if it doesn’t work only for me or if it’s a problem for everyone?

Another problem that I ran into with these applications is that I can’t even build them. When I try to compile Batch Import Application or Excel Plugin with mvn compile command, I get a Non-resolvable parent POM for org.xwiki.contrib:xwiki-batchimport:2.4-SNAPSHOT error:

So I can’t try to build Excel Plugin myself and see if it loads, and if not, can’t try to find a problem, fix it and make it load to make the application work.

The Batch Import Application doesn’t show the .xlsx files because it doesn’t support .xlsx format and only supports .xls format.

The problem with building was happening because I didn’t have the Xwiki’s repository setup. Fixed it by following the Building XWiki from sources tutorial.

Plugin not found problem is caused by the fact that Excel plugin doesn’t load. And that’s another issue. I don’t know how to fix it for now.