After moving a folder page I noticed that the breadcrumb still shows the (pre-move) breadcrumb.

Is there any way to force the updating of the breadcrumb, is this a known issue? (

Whereas it is in another location 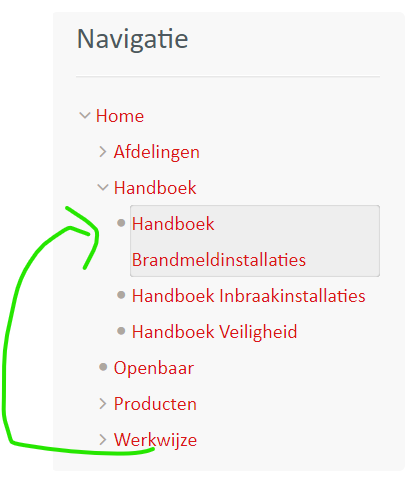 Any ideas/suggestions how to adress/bugfix this issue?

the page id are in order as far as I can tell (also when I look at the json payloads it shows the id in the right location with the right parent/children relations); im unsure:

However, there is a setting in xwiki.properties that allows to tell your wiki to use a different, obsolete, data, for your breadcrumbs. This is the core.hierarchyMode setting. Can you check if that config is set to parentchild on your wiki? See also Release Notes for XWiki 7.2 Milestone 2 (XWiki.org) .

first off thank you for responding - I solved this issue by remaking the folder page (as we’re still in ‘beta’), once we go live it’ll be harder to keep track/solve of this issue. And I imagine not all pages will be made in the right ‘section’ so I expect there’ll be some moving around.

I checked and it is indeed set to parentchild

We’re currently on 14.9 and I can reproduce the issue by creating a (blank template) page:

And then moving it to a different part using the ‘rename’ function the ‘parent’ page doesnt change in the breadcrumb.

As you can see the page reference does change however.

As others haven’t mentioned it I’m thinking it might be because we’re using the dutch locale?

Here’s a gif of the move in action:

As you can see the page reference does change however.

Yes, the reference does change, this is normal. The issue you have is that your breadcrumbs are not using the reference as the source of data, as the tree does, they’re using a different metadata of the document (the deprecated “parent” metadata), because your core.hierarchyMode is set to parentchild. Normally you should be seeing an input in the “edit wiki” or “edit wysiwyg” mode that would allow you to explicitly set that parent to the value you want.

This “disconnection” between the reference and the breadcrumbs is the very objective of the parentchild hierarchy mode (being able to set a parent to a page that is independent of its reference). So, if this is not what you want to achieve, you should probably restore the core.hierarchyMode to reference, as it is by default in XWiki.

As others haven’t mentioned it I’m thinking it might be because we’re using the dutch locale?

Not at all, see my explanation above.
The others have not mentioned it because the hierarchyMode=parentchild is not the default value of XWiki and it’s used rather rarely. When it’s used, the dissociation of the breadcrumb from the tree is actually what is desired, so whoever does it sees it as a feature not a bug.

I can’t believe that was changed!

Thanks a ton @lucaa this Solved the “issue” (working as intended